Why Modi claims credit for rehabilitation at Morbi? 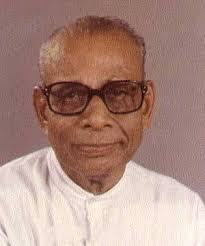 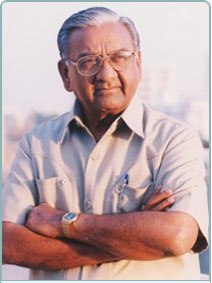 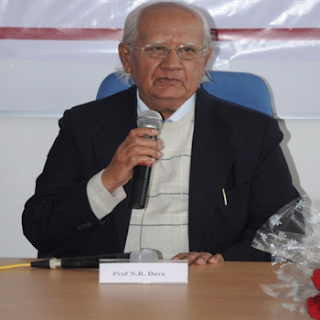 मोरबी में मोदी थे कहाँ? कम से कम रा.स्व.संघ के स्व.प्रवींकाका और  तत्कालीन मुख्य मंत्री स्व.बाबुभाई जशाभई पटेल का मोरबी में स्मरण करने का ग्रेस तो दिखाते !
The following “document” is  the fb wall of Prof. Niranjan Dave who wrote it on 29 November 2017 following   PM Narendra Modi’s claims at  the election meeting  at Morbi. Prof.Dave is one of the most respected names in Gujarat who calls spade a spade. He was the Head of the Department   with the Govt Engineering College when the calamity took place. Prof. Dave was not only the Director of the Technical Education in Gujarat but was also the Vice Chancellor of North Gujarat University for two terms. Even after that he continued to be Advisor with the Government of Gujarat including that of Modi and advising lot many prestigious institutions like Charutar Vidya Mandal(CVM).

Today when I listened to PM speech at MORBI, I almost re-lived nightmare of 11th August , the evening of Machchu Dam burst.
At the outset I may say that nobody should claim credit for the service rendered to people in distress. Modiji has missed that point. In fact, late Shri Pravin Maniar of Rajkot along with RSS volunteers was the first RSS leader to reach MORBI on 12th evening. I was at MORBI on that fateful day.
My house was totally flooded just up to terrace where we -wife, two daughters and three year old son - sought refuge for nearly five hours when waters had receded leavingn behind mud and slurry in the house and outside. We passed night in shock and still fearing the worse. There was neither power nor water nor information.
Next day I moved out and around. There were several dead bodies hanging around. Late in the evening , my brother in law informed us that Pravinbhai has come from RAJKOT and he will take you to RAJKOT in his return.
In the aftermath I had the privilege to so many volunteers, including Late Ashok Bhatt, late Arvind Maniar, late Shukla . Unfortunately I had no privilege to meet Modiji, though I was continuously at MORBI for four months of massive restoring work. The roads were being cleared, debris was being removed from interior lanes and each house. Added to this was extremely bad odour due to grains stored in the houses and shops. We all were covering our nose with mask . It was sickening. ( No wonder Mrs Gandhi covered her nose. She had deferred her visit instead of rushing to MORBI for the simple reason that her visit earlier would have disrupted rehabilitation work of officers and volunteers. ).
Our low profile CM late BABUBHAI J Patel, rushed to,MORBI and established CMO at Manimandir. He stayed there till he was satisfied that the city and surrounding villages were practically restored to working conditions. He used to take daily round in the city to monitor the progress and understand the need for additional resources and assistance.
Practically I belong to MORBI. I studied at L. E. College , MORBI . Thereafter, I served as Faculty for 11+5, totally 19 years of my prime time I Was at MORBI. It was not just symbolic relationship.
Being adjacent to the river , campus of the institution was worst hit, apparently damaged beyond repairs at first sight.
While the Minister was in dilemma when one proposal was mooted to abandon the college and establish new one. This was resisted by many faculty members like me and supporting staff were totally against this proposal. The Minister was glad to restore the buildings with the help of college staff and devoted services of the volunteers of Swaminarayan. ( RSS volunteers, Ramakrishna Mission volunteers were deployed in the city and were working on war footing. ) There were several other volunteer agencies who,did marvellous work. Industrial houses from AHMEDABAD, VADODARA, Rajkot and Surat gave coordinated services to repair machineries and restore all laboratories. Those working at L.E.College were immensely happy to retain heritage buildings, the legacy of MORBI Maharaja.
The college resumed working by Diwali of the same year.
I should thank Modiji for provoking me to write this note.
Prof. N. R. Dave
The then Head of the Department
L.E..College
MORBI
By Dr.Hari Desai Posted at November 29, 2017
Email ThisBlogThis!Share to TwitterShare to FacebookShare to Pinterest